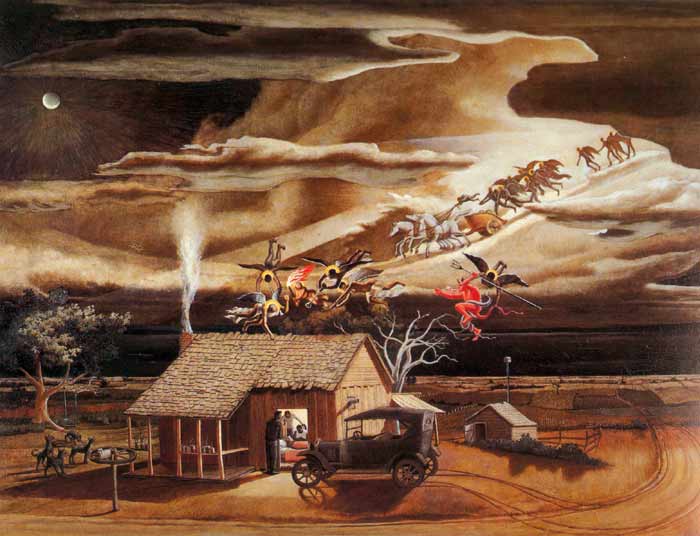 The park-like Victorian urban cemetery is most associated with the Northeast and Midwestern cities, but it also spread to Southern urban areas—in this case “urban” includes county courthouse towns served by railroads. While Southerners were influenced by the Romantic movement behind the Victorian Garden Cemetery, the trend in the South also preserved an earlier agrarian cemetery tradition. However, the Victorian period was a time world-wide exploration and botanical collecting. Many Asian species had been introduced into and naturalized in European gardens in the 17th and 18th century and were brought to colonial North America. Many North American species were also introduced to the Old World in the 17th and 18th century, and in turn many American gardeners, even on the interior frontier, collected flowering bulbs and shrubs from around the world.

In addition, in the South more than in the North, the formal cemeteries of the later 19th century became closely associated with the movement to establish Confederate memorials. Some cemeteries, such as Oakwood in Raleigh, were first established as a burial ground for rebel war dead removed from war-time burial spots during the creation of National Cemeteries for Federal dead. That mothers, sisters, widows and daughters of the dead were often in charge of these memorialization campaigns gave the movement a highly feminized aspect. Thus, gardening practices also gave the white Southern, late Victorian cemetery an aspect distinct from those of the Northern states’ expression of the same themes (Hobbs 2009).